Notion Productivity Review : Do you use Notion? 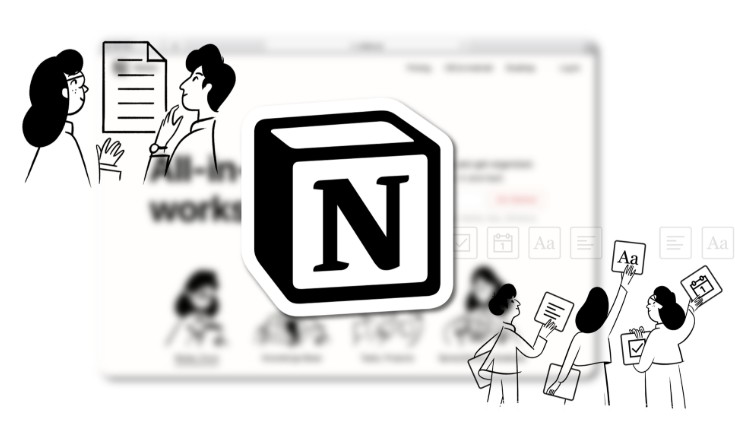 The process of creating a blog post - like the one you’re reading right now - isn’t any black magic. The initial idea, some research, outline, draft, final edits, and that’s it! You’ve got yourself an article. Certainly, it requires some prior knowledge and experience, but that’s not what I want to talk about today. Instead, I wanted to introduce you to Notion - an online All-in-One (AiO) productivity tool. I’ve been using it full-time for more than two months now to write my posts and script videos, and this is my personal review of it. Spoiler warning - It’s great, but not ideal.

Let’s start with a little backstory on how I got to use Notion. So, I’m using Ghost to run my blog (maybe I’ll cover that one too in the future), which comes with a really nice content editor of its own. It’s quite similar in design to the one used on Medium or newer versions of Wordpress (Gutenberg) if you’ve used any of these before, but with some additional functionalities built-in. I can straight-up say that it’s fantastic! After all, that’s one of the reasons I picked Ghost in the first place. Everything feels smooth, and the editing experience is excellent. There are only two problems with it. First, it doesn’t integrate well with Grammarly - another tool I’m using. And the second, more annoying issue is that it doesn’t work on mobile! That’s why I started looking for an alternative - something that provides a desktop experience comparable to Ghost but also supports mobile. That’s how I found Notion. 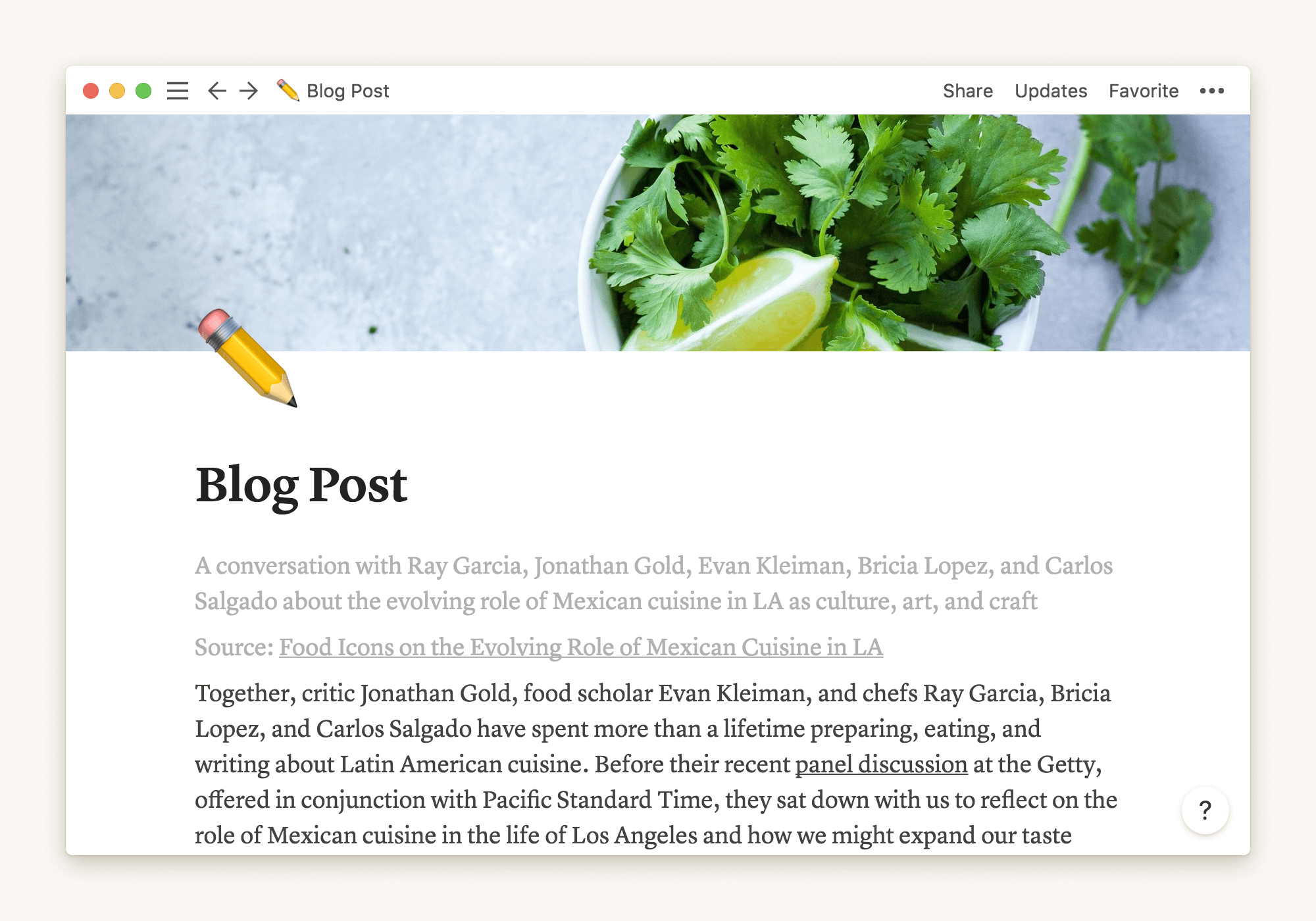 On the desktop, it feels similar to the Ghost editor and provides a comparable set of functionalities (although focused on more general use). I also like the hover, pop-up menu that makes editing quick and smooth. Grammarly still doesn’t work correctly, i.e., it works only per paragraph and sometimes cannot auto-correct specific issues, but at least it can highlight all of them.

But what I genuinely love about this tool is the mobile experience. Whether it’s Android or iOS, the Notion app doesn’t undercut any of desktop functionalities and is really easy to use. A simple example of that is a code snippet, which isn’t available in many mobile editors. Here, it’s only two taps away! It’s all thanks to the hover menu, which in all its glory is moved above the keyboard, which makes everything feel right in place.

Alright, this is just the excited part of me taking over. Let’s back out for a moment and take a look at Notion as a whole. It’s an AiO tool that allows you to take notes, write rich text documents and command TODO lists, together with tables, boards, calendars, galleries, and probably a lot more. ;)

As you might have already thought, a tool that does so many things cannot do all of them equally well, or can it? For a short period of time, I tried living a Notion-only life, to see how it goes. It was meant to replace my Google Calendar, Any.do TODO list, and Trello board. In the end, I turned back, but not for the reasons you might think. I must admit that using Notion for everything is certainly doable, but you must give something up in return. Let me explain.

At the core of Notion lies the concept of blocks - universal, nestable structures. You can understand them as paragraphs, images, code snippets, lists, list items, whole pages, and pretty anything else. In Notion, everything is a block. Why’s that so important? Because it’s this ideology that allows Notion to be used in so many different ways while maintaining overall simplicity and ease-of-use.

Design plays a significant role here. Blocks that are meant to be used for many different purposes have to use a streamlined design system. Otherwise, everything would feel out of order. As the tool uses a very simple variation of flat design, it might not seem appealing enough to everybody.

People who used complex, dedicated apps for the same individual functionality as Notion provides, might find its design too simple, and feel limited by its feature set. If you’re only focused on one thing, e.g., TODO list, you’ll be better served by such a dedicated app. That is unless you want an app to write. Anyway, if your goal is the integration between all of your productivity boosters, Notion is still a great choice. 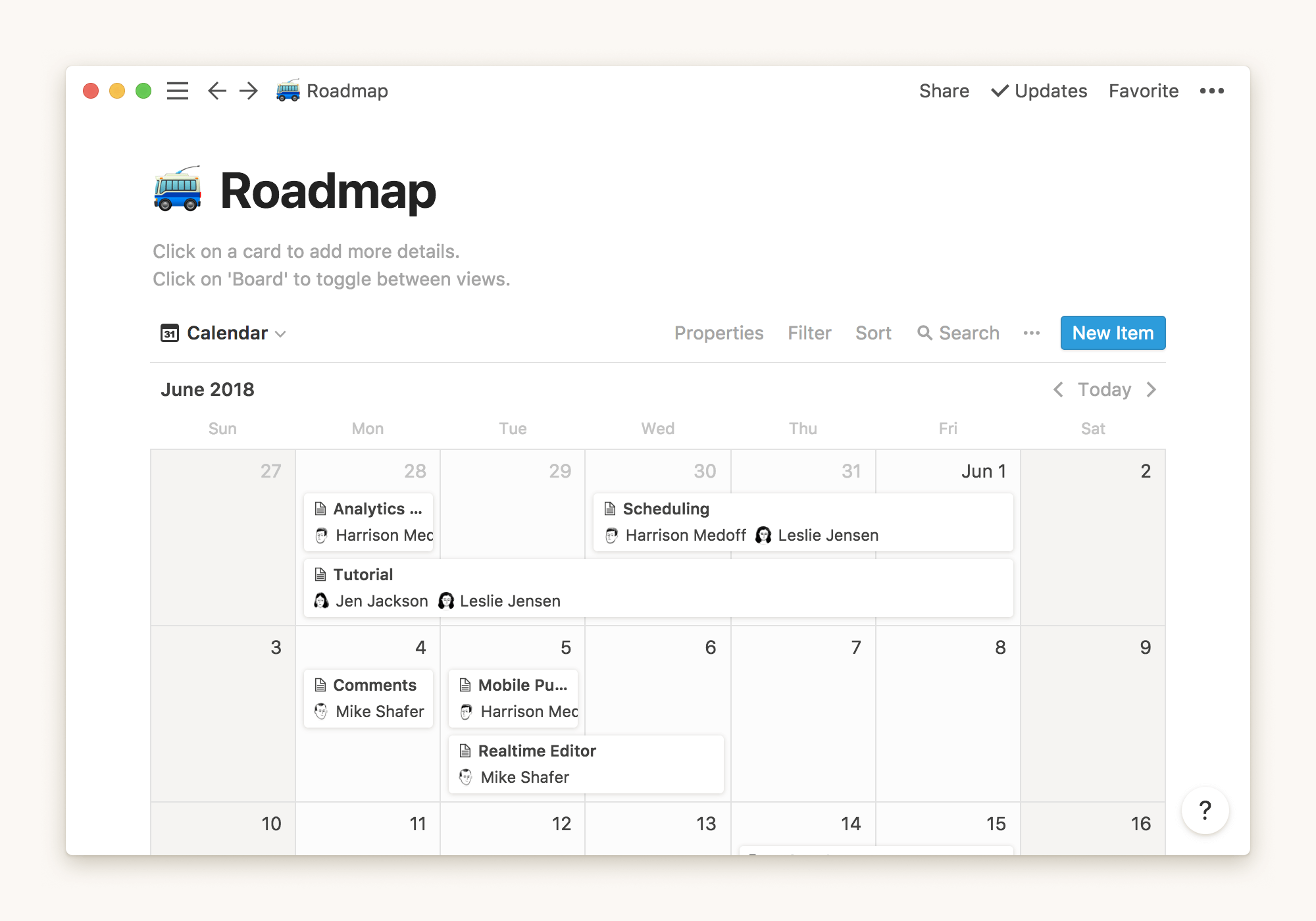 So, what can you do with Notion? You usually start within an empty page. You can add a cover, a dedicated icon, or a discussion section to it if you want. Next, within the page itself, you can let your imagination flow! Everything from simple text, headings, images, or videos to interactive embeds, file links, lists, boards, is there! It’s all really impressive, and we’re only getting started!

You can nest your pages by simply dragging them onto one another or by creating one within another directly. This way, a page can serve as something like a folder while still containing all the usual stuff, like text, images, etc. It gives you a really intuitive way of organizing your work.

But maybe you want your page to serve some entirely different purpose than writing texts? In this case, you can create a page that’s nothing more than a view (list, board, calendar, table, or gallery) of your data. What’s more, such a page can have multiple views - e.g., a list or a table, which you can switch between at any time! Add some tagging, filtering, and even more nesting capabilities (e.g., a single list item can hold multiple other pages) to the mix, and you’ve got a productivity powerhouse!

On top of all that, you can use one of many pre-defined templates to speed up the setup process. You can use your own pages as templates by simply duplicating them. You can collaborate on a single page or entire workspace with others. You can quickly find given phrases within your pages by using the included search. You can import your data from different sources (like Trello, Evernote, or Google Docs) and export it to HTML or Markdown. And finally, if you are opt-in for a premium tier, you have access to the version history of your workspace up to 30 days (and an unlimited number of blocks).

What can be improved?

As you can see, Notion is indeed extremely versatile. With that said, there are only some minor things that I think could be improved upon.

Starting with the design - I know that’s it depends heavily on personal preference, but I’d like to see Notion look a bit differently. I don’t say that it should change its design language - that’s what makes it special after all - but maybe provide something like a theme system with simple settings, so that users could create and share their own configurations. Apart from that, as this cannot be easily done by the user, some improvements in the animation department - more motion, modern feeling?

As for the less controversial recommendations, an offline mode for the native apps would be great. This way, the user, through the desktop or mobile app, could simply make a few edits offline and sync them once he’s online again. I know that version conflicts might occur, but the user could be allowed to resolve them on his own. Also, on desktop, some more integration with the keyboard for “power-users”. Something like allowing for the delete key to be used to delete pages and arrows to move between them.

There’s really not much more that I can think of. Notion is really good as it is, but these few additions would make it close to perfect!